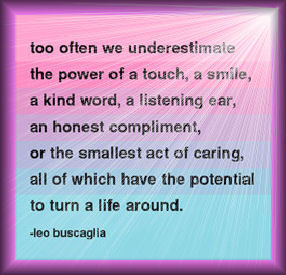 In honor of President’s Day, I am quoting a story that I read by Jim Daly on “Focus on Family” .

The Story of Frances Green

“Frances Green was an 83-year-old woman who lived in California. She lived in a bad neighborhood, and survived on Social Security. For eight years she had been sending perhaps a dollar a month to the Republican National Committee.

She did it because she loved Ronald Reagan.

One day in the mail she received a very nice fund-raising letter from the RNC as she was on their list from her tiny donations. It “invited” her to meet the President at the White House. Of course you had to be a donor of considerable size to rate that privilege. Frances Green didn’t notice that part. She assumed that the RNC was inviting her to meet President Reagan because of her faithful giving all these years.

Frances Green was thrilled. So she took every cent she had and purchased a four-day train ticket to Washington. She could not afford a room, so she slept in a seat in coach. She reached the White House on the appointed day and got in line with the tourists. She was refused entrance because her name was not on the list.

Frances Green was confused and her spirits were crushed. Didn’t they understand that she had been invited? Fortunately, an executive from the Ford Motor Company was also standing in line, and got her story. He asked her to stay in town for a few days while he did what he could for her.

The executive spoke to some of Reagan’s staff, and the story was run up the chain of command to Reagan’s personal secretary, Kathy Osborne, who told the Old Man. Reagan said to bring her in, and they set the time.

The Ford executive gave Frances Green a tour of the White House, but was worried that she would never get to meet the President. Ed Meese had resigned that day, and the White House was a bit chaotic.

They stood outside the Oval Office as the National Security Council and various generals walked out. Reagan saw them standing there and motioned Ms. Greene inside.

He said: “Frances! Those darn computers, they fouled up again. If I’d have known you were coming I’d have come out there to get you myself.”

And he sat down with her and gave her time on that busy day.

And that says more about his character than anything else”.

Today, in honor of President’s Day, we should focus on our own character and how we can be a positive influence in the life of others.