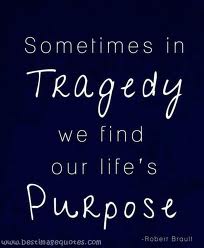 I truly believe that people are more inclined to do good than bad but the tragic events at The Boston Marathon have made me question how much hatred and negativity is in our world.  At the same time though, it has shown me that there are many more good people in the world than bad. Over and over this week, I have seen a quote by Mr. Rogers that reads, “Look for the helpers.  You will always find people who are helping”.

After the explosions at the marathon, people were running towards the danger doing everything in their power to help.  Others ran directly to hospitals to donate blood knowing that they could make a difference in another way.  This was so reminiscent of 9-11.  The stories of heroes and our country that became united was inspiring.  We could have shut down and lost faith in humanity, but instead we did the opposite.  We came together not only to mourn, but also to make positive changes.  It did not matter if these changes were large or small.  We were doing things with the intention to promote the complete opposite of hate.

Senseless acts that harm, maim and kill are never logical. They affect every one of us.  Not only those physically harmed but also everyone who witnesses the hatred.  Sadly, hatefulness does exist in our world but for most of us, we will not let it make us lose hope and faith in humanity.  Tragedies like these shake our world and in doing so, it makes us look for ways to change.  Ways to be better people, knowing that in an instant, our lives can be changed.