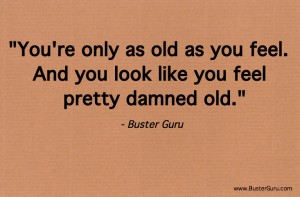 Lately, I feel that my memory is failing.  Too many dates to keep track of, or too many commitments?  Not sure which it is.  The beginning of any school year is overwhelming for any teacher, but having dad in the hospital and then Drew home sick on the FIFTH day of school isn’t helping the matter? Fortunately Dave was around for Drew and he has been the biggest lifesaver with dad.  Kathi and I have been going up after work each day.  Dave has been spending time with him during the day.

During the school day, I am able to keep up my constant cheerleader energy and vim and vigor but once that bell rings, I fizzle out!  I am not alone, I am not sure if there is a tired quite like the tired teacher during the first few weeks of school. It all settles down eventually.

On Friday, a Kindergartener from another class came up to me and told me, “You look really old.”  Since I am at least ten years older than a lot of these parents, I probably do look old to them!  You need a thick skin to teach Kindergarteners.  They tell it as it is!!  From how messy your hair is, to “why you wore that outfit today.”  But that “old” comment, was like a punch in the gut!  I thought I was over it until tonight, while at the hospital, my dad’s nurse came into the room.  She was so nice and I know that when she said what she did, she meant it as a compliment to my dad and NOT as an insult to me, but after the comment from last week, of course I was crushed.  She told my dad, “Your daughter?!!?  Wow, I thought she was your sister!”  Really?  His sister?  Now my dad may not look like he’s almost 69, but he also doesn’t look like he’s in his forties!! Does that mean we both look like we are in our fifties?!?!

I need to find the fountain of youth!!