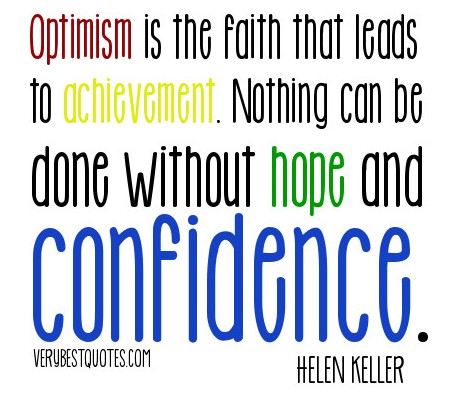 My younger son Drew loves baseball.  This year, he is on the summer travel B-Team.  He was so excited when he found out that he had made the team.  He is so proud of his uniform!  He wears number 36, his lucky number.  His team consists of a great group of 5th and 6th grade boys and some really encouraging, supportive and dedicated coaches.  Listening to them cheer each other on is one of my favorite parts of the game.

Drew is a decent player, he is on the small side but works extremely hard to keep up with the kids who are bigger than him.   For what he lacks in size, he makes up for in enthusiasm and spirit.  He has one of the loudest voices on the field, always yelling out instructions to his teammates.

Drew has been struggling with his batting this year.  Since he is small, he has a small strike zone so is often walked.  He loves to steal bases.  He steals every chance he gets, almost always sliding.  I think that he believes the dirtier he gets the better the slide!!  He has been disappointed in himself when it comes to batting though.  This has been causing him to be quite down on himself when he talks about his at bats.  This morning he found a penny and he said he was going to put it in his back pocket for good luck, (we still think every time we find a penny, it is my mom sending us a message telling us she is watching over us).

One of his teammates just got a new bat.  Drew has been envious of the bat since he saw it.  He hadn’t used it yet, but the teammate let him try it out a bit at practice to see if he liked it.  If you can fall in love with an inanimate object, then Drew has found his beloved!!  He had Dave driving him around for days trying to find the bat at several sporting goods stores.  No luck.  Finally, Drew found the bat on line.  It is quite expensive so we told him that if he paid for half, we would pay the rest.  We ordered it on line.  He has been tracking the delivery of it ever since.  It did not arrive in time for today’s game.  He was not very happy about that.  Lucky for him, the boy who had the bat already, let him use it for the game.

First time Drew got up to bat, he hit a line drive to right field!!!!!!  Unfortunately it went right to the right fielder and Drew was out.  I figured he’d be upset, but quite the contrary.  He was beaming!  He kept saying that it was his biggest hit ever!   Then, in the fifth inning, he was up again.   After several foul balls, Drew hit another line drive right over the left fielder’s head!  A double!!!!  To Drew though, it was as good as hitting a home-run.  He could not stop smiling.

What a confidence booster the game was for him today.  He has not stopped talking about it.  He is convinced it was the bat.  He has vividly explained the feeling of the ball hitting the bat over and over to us all afternoon.  He says he has never felt anything like it.  Normally, he has trouble bouncing back after a game if he feels he played badly.  Today, it has been all smiles, and exhilaration.  He can not wait to play in the next game!

After the game, I asked him if he thought it was the lucky penny in his pocket that “helped” him get those big hits tonight.  He told me it was “totally the bat.”  He said that he had forgotten the penny and  showed me what he had in his back pocket instead.  It was my mom’s mass card.  A laminated one that he told me he keeps in his pocket during his games.  So maybe it was the bat, maybe it was his angel grandma, or maybe he just needed that boost of confidence to make him realize that he could do it.  Whatever it was, it was uplifting for me to see that glint of inspiration he has while he looks forward to the next game.

Drew tried out for the baseball summer league in town.  He found out this week that he made the B team.  He is so excited!!  What I love most about the make up of the team, is that the coaches looked for more than just ability.  They also  based it on how well the kids worked together and respected one another.  This has always been a huge factor in the way Dave and I have raised our boys to play sports  –  and not only in sports, but in life.  They need to know how to be good people, good friends and demonstrate a positive attitude.  I did not attend the tryouts, so I do not know if Drew was actually a better hitter, catcher or thrower, but I do know that he has an amazing and positive way of working with his team.  He is always the one of the kids out on the field calling out to his teammates, encouraging them and rooting them on.

Drew respects his coaches and the coaches decisions, and he respects his teammates too.  This seems to be evident of the entire team this year,  I hope that they have a winning season, but if they all go into the season with the attitudes they are showing now, and all getting along and rooting for one another, they will be learning something that is much more important than winning.  They are going to learn the importance of perseverance and endurance.  Losing will teach them just as much as winning, and although winning is much more fun, they will learn how to get through rough patches and hopefully to realize that it is important to never give up.

The kids, coaches, and parents are going to be spending a lot of time together this summer.  Our team is lucky to have dedicated, thoughtful, and skilled coaches who will have an extremely positive impact on the boys.  They are offering them their time.  Not only just for games, but for practices too and in doing so, they are giving them the chance to play in a non-threatening environment where the entire team will be engaged.  They are giving them a chance to play, have fun, learn and hopefully pull off a few wins as a result.