I had to share this beautiful story. Credit to Miller Place Rocky Point Patch.

Always remember to Pay it Forward.  You never know how you will touch the life of another person. 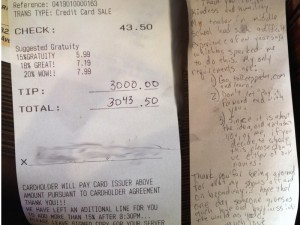 I am fighting a cold and don’t have much energy after a long day of work but I had to get my blog and photo done for the day! Be Positive – which I must admit, I usually try to be, but since I am not feeling great, I am keeping it short tonight and just leaving a message.  A positive one that all of us can follow.  I found it in a journal that my friend Marci gave to me.  She told me it made her think of me when she saw it ❤ That certainly made me feel more positive!

So do your part today and try to make the world just a little kinder.  Even the smallest things make a difference! 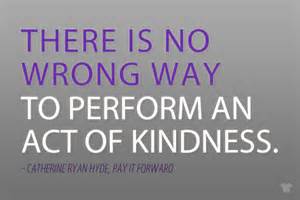 It is here.  Global Pay it Forward Day.  A day that I  think should be celebrated more than once a year!

For this year’s international Pay it Forward Day (PIFD) we are aiming to inspire over 3 million acts of kindness around the world. Imagine the difference that would make!

During Lent, my “Lenten Sacrifice” was doing a random act of kindness every day for the entire Lenten period.  Everyday, I put something in the mailbox of a coworker with a little note attached.  A few times it was an orange with a note, “to add a little sunshine to your day.’  Several times it was chocolate or cookies with a note saying, “To add a little sweetness to your day.”  None of it cost a lot.  I don’t know if anyone realized who it was  leaving the treats in their mailboxes.  I never stayed around to watch the reaction when they went to their mailbox and found it there. That wasn’t the idea behind it.  I didn’t do it for the recognition.  I did it because it felt good.  I did it with the hope that it would inspire others to do a random act of kindness of their own.

This afternoon, we were out for a bit and Drew came across a row of vending machines.  He always looks inside the coin slots to see if any coins were left behind.  Today, he found that $1.50 had been left in one of the machines.  Not in the coin slot, but in the machine itself.  He is convinced that someone did it because today is “Pay it Forward Day.”  We have no idea if this is really the reason money was left in the machine, but the fact is, it got all of us thinking about what RAK we should do for someone today.

Tonight, the kids played another game of miniature golf.  There are some amazing mini golf courses down here and they’ve tried them all.  For our RAK, we left money for two kids to play the course.  The woman working there didn’t know about Global Pay it Forward Day, so it was fun to tell her about it because it got her excited about it too.  We don’t know who will get those next two games, but hopefully whoever does, will pay it forward by doing something else.  That’s the whole idea behind this day.

Today’s blog has to be a quick one and I have to get it out early since I don’t know when I’ll have a chance to sit down and write it.  The day has arrived!  Spring Break.  We leave in less than an hour.  Kids are still asleep so here is my Five Minute Friday link up to Lisa-Jo Baker. 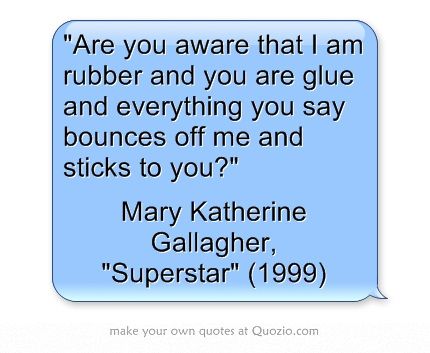 A silly Saturday Night Live quote that popped into my mind. An old one yet such a simple one.  I have seen that skit so many times and why, until this morning, did it not hit me how profound it really is?  We laugh every time we see it.  That awkward teen, Mary Katherine Gallagher, who was taunted and teased by her peers, had a sense of pride so big that she even called herself, “Superstar!”

So many people are teased and made fun of.  We hear stories of bullying everyday on the news.  Bullying is not a new thing.  We see it everywhere.  We hear about it too often.  If only poems like these really worked to keep it away when it happened.

Five minutes is far to short for a “proper” blog about bullying, but is still a good way to send a reminder.  Just be kind.  It is that easy. 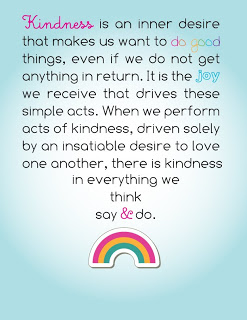 Tonight, I was having trouble thinking about what to write about.  I found a kindness website to share on my “Random Kindness Blog Tour” but was stumped about what I should write about.  I decided to look back and see what I wrote about on this day a year ago.  The topic was, “Killing Them With Kindness.”  I think that being truly kind – completely genuine – is very important.  Let it come from your heart and really mean it.

I read on Huffington Post, “The way I understand it, kindness emerges from someone who’s confident, compassionate and comfortable with themselves. A kind person is loving and giving out of the goodness of their heart.”

Kind people are happy people.  So smile, every chance you get and be kind…not because you feel obligated to, but because you really mean it.

Create a Ripple of Kindness

There are days when it is getting late and I realize that I still haven’t written my blog!  Tonight is one of those nights!!  If I decide to continue with my blog next year, which I really think I am leaning towards, then some nights will be like this one, and just end with something to think about.  A quote or a thought to remind us that all acts of kindness are meaningful. 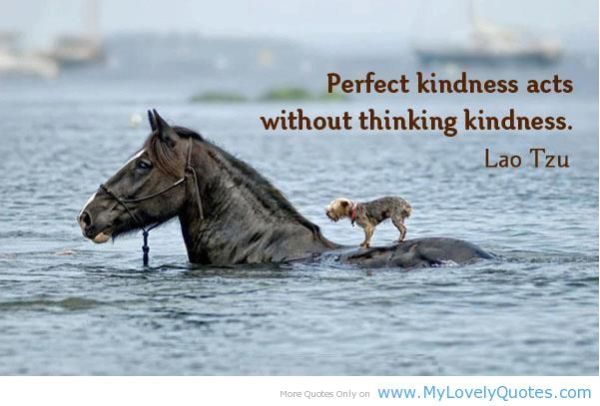 In my coaching group, we are talking about “realizing our Epic.”  Not an easy task.  We are thinking about the path that it will take to get us to reach it.  What do we truly want to do, or be?  How will we be fulfilled?  For a few of us, we aren’t really sure what it is yet.  We talked about what we want.  What we need.  How we will get it…

Our group leader Tammy, gave us an assignment.  She wants us to write about how we’d like to be remembered.  I haven’t begun to write it, but the more  I have been thinking about it, the more I hope that I am remembered for being a good friend and a generous and kind person.  I know she wants us to dig deeper than that.  Perhaps when I do, I will be inclined to share it.  While trying to think about it, I came across this quote, “Perfect kindness acts without thinking kindness.”  That is my hope, not just for me but for others.  Being kind doesn’t have to be a hard thing.  It can just happen if we let it.  It should not take a lot of effort to be kind.  Random acts of kindness are what made me start this blog in the first place.  I still hope that when people read it, they are reminded just how easy it is to be kind.