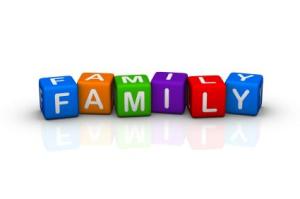 Today we got a phone call from Dave’s mom.  She was calling from the hospital with what she called in her words, “Shocking News.”  We didn’t know what to expect.  She made Dave pick up another phone so we could both be on the phone to hear it at the same time.

Back story now… we have not spoken to her in months.  She lives in New Jersey, about forty-five minutes from us, but she could live a thousand miles away.  It isn’t the mileage that keeps us apart. She rarely sees us or calls us.  She keeps to herself.  This isn’t a choice that we make.  It is hers.  We haven’t seen her in more than a year.  We get an occasional call on our birthdays but usually that is when we hear from her unless she needs something.  She lives with Dave’s brother and we don’t see him either.

When she used to work, one town away, she never stopped by to see us.  We didn’t care so much about us, but not even to see her grandsons.  That was what was so upsetting to us.  When she does see us, she acts like no time has passed but meanwhile she has no idea what has been going on in any of our lives.

Dave told me to stop making the effort because I did try to call now and then to see how they were doing.  Since there was no reciprocation he finally told me to stop. Our boys barely know them and that is sad.  I am writing this blog with Dave’s full consent.  It was him who suggested it when I was pondering what to write about.  I am sure she doesn’t know I have a blog, so I highly doubt she will read this.

She’s been like this since Dave was a kid.  He basically raised himself because she didn’t do much for the boys.  He was making dinner for himself and doing his own laundry at eight years old.  His dad would make gigantic vats of chili which would last for a week and those were his home cooked meals and he was grateful to his dad for those.  He said there were always lots of microwavable tv dinners in the freezer.

Back to tonight’s phone call…

She was calling from the hospital to tell us that she had a heart attack.  Actually, two – one recently and one not so recently.  She was going to be treated with drugs and the doctors weren’t going to do any procedures.  She says she wants no company and will be home on Monday.  I asked when this happened.  She told me it was on September 2.  Three days ago.  No phone call from her, or from Dave’s brother.

I found the saddest part of all of this to be that she had to call my dad because she couldn’t remember our phone number.  That’s how long it has been since she called.  She told us that she is confused and loopy but I am not so sure if that is the only reason.

I am sorry that this happened to her.  She won’t let us visit, but I am not sure if we’d go running up there anyway.  Dave barely said a word when we were on the phone.  I did most of the talking.  He just sat there shaking his head, not for the first time. 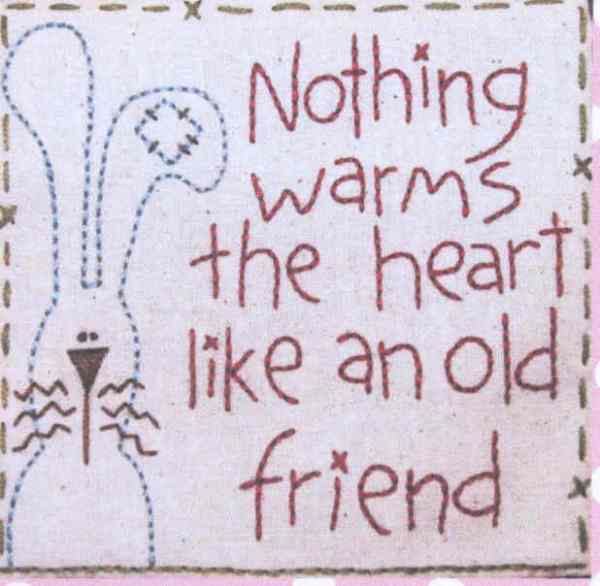 We just got a phone call from a woman looking for my mother-in-law, Nancy.  I don’t know who she was.  We didn’t even answer the phone at first because we did not recognize the number on caller ID.  As she left a message we realized it was someone who was trying to reach her.  Today is Nancy’s birthday and according to this woman, they worked together many years ago.  She said that she found our number and was hoping that she had reached the right family because she wanted to wish her a Happy Birthday.  I spoke with her for a little while and she was so excited that she had tracked her down.  Apparently she hadn’t seen or spoken to her in over ten years.  She said she had no idea why, but for some reason, she never forgot her birthday.  After speaking to her for a little while, I passed along her number so that she could call her and wish her a happy day herself.

I had been sitting here wondering what to write about when the phone rang.  After I hung up, I knew exactly what it was going to be.  I thought it was so nice of this woman.  She had been thinking about my mother-in-law and obviously had to do some research to find us and then make the call in the hopes that we’d be able to get her in touch with Nancy.  She sounded so excited when she realized she had the right person.  I am so glad I could point her in the right direction and now perhaps they can rekindle what seemed like was a really nice friendship even though they haven’t spoken in so long.

I don’t often write about my mother-in-law.  We don’t see her very often.  She doesn’t live far away at all, we just don’t have the same relationship as we do with my family.  We did talk to her today and said we’d meet up soon – after all this bad weather clears up.  She hasn’t been well and has not been going out much this winter so once some Spring like weather shows up, we will take her to lunch to celebrate.   Considering ANOTHER big storm is headed our way tonight, I am not sure when that weather is going to show up but it has to come sometime soon doesn’t it??  Winter cannot last forever…can it?

Our First Mother’s Day Without Mom

I have been dreading this day for nearly two months now.  No phone call to my mom this morning to wish her a happy mothers’ day.  No morning mass with her and dad followed by Mother’s day brunch to celebrate with her.  No corny Hallmark card to “Tell mom how much she really means,” this year.  Commercials and store displays are constant reminders of all my family has lost in the last few months.

We invited Dave’s mom to join us today.  She’s not coming, so we called her and wished her a happy day.  I know that she does not read my blog, so I will save my mother-in-law stories for other days.  She was not the greatest mother to Dave, (and he will be the first to admit that), and she has not been around much for our children, so since I am not going to bring negativity to today’s blog, when I want it filled with love, these stories will have to wait.

Mother’s Day this year is filled with conflicting emotions.  The pride and joy I feel for my own boys and the sorrow I am feeling for my mom. Them, celebrating me, with  biscuits, hugs and kisses for breakfast, and me trying to smile through it all when I am just thinking about mom as I sift through photos and post them to Facebook for the memories – as if anyone could forget her.

Today, the weather is nothing short of “glorious”.  We will celebrate at my Aunt and Uncle Bucky’s home.  They opened their pool, and all of us will go there; cousins and siblings and all of the kids.  We will keep it simple a barbecue and celebrate with our own children. There is no way that my mom would want us making today a sad day.  I know that she and Francine are watching over us today and celebrating their own special Mother’s Day, together with the babies that died along with Francine.  They are in Heaven having their own celebration just as we are.  I find comfort knowing that my mom gets to celebrate Mother’s Day with her own mom today!  They have been apart for over 45 years and this year, they can finally have a celebration together.   Dale’s mom Gladys, will be with them too, watching over us and smiling and just being joyful knowing that what they created, continues to flourish and love and thrive as we spend time together.

Dave and the boys gave me a “joint gift” for my birthday and Mother’s Day, an ipad mini, which I wanted so much!  So there were no presents to unwrap, and I wasn’t expecting any but I did wake up to the best present of all.  Drew got a new phone yesterday.  Almost ready for Middle School, we felt it was time.  My phone buzzed early this morning with my first text of the day.  It was from him and all it said was “HAPPY MOTHER’S DAY!!!” but it made me smile to know that I was the first thing he thought of this morning.  I guess I am doing my job – thanks Mom!  I miss you.