4th Of July in Maplewood

Last year, Mic.com listed Maplewood as “one of 9 towns that really knows how to celebrate” the 4th of July saying,

Forget the traditional parade and fireworks routine. Maplewood, N.J.  offers both festivities and then some! The town spices up your standard fourth of July celebration by putting on The Zerbini Family Circus for the town to enjoy. The circus features a trapeze and acrobatics, clown acts and even elephant performances and is definitely a unique way of celebrating America’s special day. The day also features various competitions including relay races, a pet awards show, an ice cream eating contest and a pie-baking showdown.

Fourth of July festivities began in Maplewood 112 years ago.  For many years, my parents used to volunteer when the Jaycess organized the whole day. Now, it is run differently and the town, the YMCA, and other local groups help to make the day a success each year.  We still all participate though.  The races, the fireworks, the circus…

Last summer, after cleaning out one of my mom’s drawers while we were going through her things, I cam across this article from 1974.  I put it in a pile of “stuff to go through and just happened to find it this afternoon.  Perfect since tomorrow is the 4th!

I can actually remember that day.  I was at the top of the metal slide in the park.  My parents were working one of the booths.  I fell from the top and landed on my head.  At four years old, I remember it being so, so high up!  My mom brought me over to the first aid station where I got ice and they took care of me.  Mom was always very conscious of us appreciating what others do for us and had us write thank you notes for everything, so with her help, I wrote them a thank you note which got published in the town’s weekly paper, The News Record.  Of course, my mom saved it and I am grateful that she did!

Reading this article, I came across names of people that I believe are still recognized names in town.  I am not surprised that even back then, 40 years ago, Maplewood had a “Peace and Community Action” committee.  Back then, the races were held with schools competing against one another but not now although the races are still held and ribbons are awarded.

Tomorrow, rain is expected. I can’t even remember the last time it rained on The 4th of July here.  If all goes well, and the weather holds up, I will be taking photos for The Village Green.   I love doing this.  I can be part of the day’s festivities and capture the memories for others.   Who knows, someday, 40 years from now, someone else might come across and old photo or memory from the day like I did today.  I can only hope that the Maplewood traditions are still going on!

4th of July in Maplewood 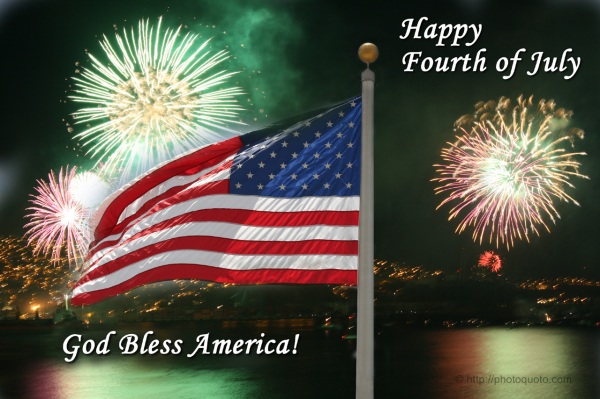 My hometown, (where I still reside), is known for its, “Norman Rockwell” like image.  This is especially noticeable on The 4th of July.  Maplewood, is not a very small town, nor is it huge, (but  I guess everything is relative.)  We have a population of about 20,000 people.  Maplewood began as several small farms that surrounded a small village.  That village, that ran through the heart of the town, is still thriving.

A 4th of July 5k has been held in town for many years.  This morning began with many people running in it –  some for their first time, (hooray for my good friend Tammy)!  That was followed with opening ceremonies in Ricalton Square, as families and merchants lined up along the side of the road running through the village as they watched Maplewood’s youngest parade through the streets in the “Push, Pedal and Pull Parade”.  Children rode bikes, scooter and trikes.  Others were pulled and pushed along in wagons and strollers down the avenue, under the railroad trestle and back up to Memorial Park where the children all gathered for the 4th of July Foot Races.  Children competed in dashes, relay races and water balloon tosses all for the reward of winning blue, red and white ribbons.

Their families, cheered on their children as they stood along the sidelines, with their dogs on leashes and babies in arms.  The great thing about our town, is that you know almost everyone, and if you don’t know them, you usually at least recognize them!  All generations of people show up for some of the festivities.  111 years ago, the 4th of July festivities began in Maplewood.  Ice cream eating contests, baking contests, a pet show and food from local vendors, are all out in the park in front of town hall to celebrate the birthday of our country.  Throughout the years, things have been added and taken away, but the traditions remain deeply rooted.  It has been run by several different organizations in town. When my parents were “in charge” when I was a kid, it was The Jaycees, I am sure there were organizations before that as well.  Today, the YMCA ran the kids’ races, and yet, even with different groups in charge, it has held fast to so many things.  As a kid, I competed in the races, the ice cream eating contests, the baking contests, year after year along with my siblings and friends.

As the afternoon goes on, there is an adult softball game, live music and even a circus.  Early in the evening, live music begins playing in the park as people begin arriving and laying out blankets and picnics in preparation for the fireworks.

How better to celebrate our country and our community than by feeling patriotic and proud of our community.  It is one of my favorite days to spend in town.